By Unknown 04 Nov, 2015 Post a Comment
The Nobel Prize in Chemistry 1954 was awarded to dr Linus Pauling "for his research into the nature of the chemical bond and its application to the elucidation of the structure of complex substances". 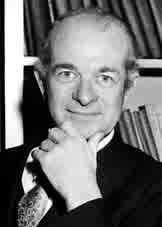 The Nobel Peace Prize 1962 was awarded to Linus Pauling.
Linus Pauling received his Nobel Prize one year later, in 1963. During the selection process in 1962, the Norwegian Nobel Committee decided that none of the year's nominations met the criteria as outlined in the will of Alfred Nobel. According to the Nobel Foundation's statutes, the Nobel Prize can in such a case be reserved until the following year, and this statute was then applied. Linus Pauling therefore received his Nobel Prize for 1962 one year later, in 1963.

Linus Carl Pauling (February 28, 1901 – August 19, 1994) was an American chemist, biochemist, peace activist, author, and educator. He published more than 1200 papers and books, of which about 850 dealt with scientific topics. New Scientist reportedly called him one of the 20 greatest scientists of all time, and as of 2000, he was rated the 16th most important scientist in history. Pauling was one of the founders of the fields of quantum chemistry and molecular biology.

For his scientific work, Pauling was awarded the Nobel Prize in Chemistry in 1954. In 1962, for his peace activism, he was awarded the Nobel Peace Prize. This makes him the only person to be awarded two unshared Nobel Prizes. He is one of only four individuals to have won more than one Nobel Prize (the others being Marie Curie, John Bardeen, and Frederick Sanger). Pauling is also one of only two people to be awarded Nobel Prizes in different fields, the other being Marie Curie. Pauling also worked on DNA's structure, a problem which was solved by James Watson, Francis Crick and Maurice Wilkins.

In his later years he promoted orthomolecular medicine, megavitamin therapy, dietary supplements, and taking large doses of vitamin C, none of which have gained acceptance in the mainstream scientific community []