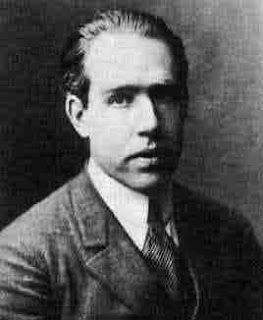 In a letter to NATURE of November 25 last Dr. Norman Campbell discusses the problem of the possible consistency of the assumptions about the motion and arrangement of electrons in the atom underlying the interpretation of the series spectra of the elements based on the application of the quantum theory to the nuclear theory of atomic structure, and the apparently widely different assumptions which have been introduced in various recent attempt to develop a theory of atomic constitution capable of accounting for other physical and chemical properties of the elements. Dr. Campbell puts forward the interesting suggestion that the apparent inconsistency under consideration may not be real, but rather appear as a consequence of the formal character of the principles of quantum theory, which might involve that the pictures of atomic constitution used in explanations of different phenomena may have a totally different aspect, and nevertheless refer to the same reality. In this connection he directs attention especially to the so-called " principle of correspondence " by the establishment of which it has been possible - notwithstanding the fundamental difference between the ordinary theory of electromagnetic radiation and the ideas of the quantum theory - to complete certain deductions based on the quantum theory by other deductions based on the classical theory of radiation.